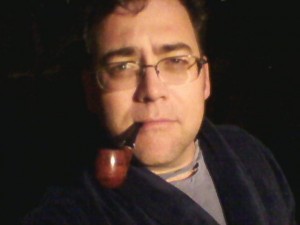 In this episode of The Other Side of Truth, I’m joined by my good friend Walter Bosley – former secret agent, current author / researcher / publisher / filmmaker — to discuss his book The Empire of the Wheel, the story of a series of deaths in southern California in 1915 that may have been the work of a serial killer with an esoteric, occult-oriented motif. We cover the process of how Walter came across the story, and then how he hooked up with his co-author, University of Idaho historian Richard Spence. Walter then gets into the details of the mystery that he uncovered, the aspects of it that convinced him there was both an occult and a serial killer connection, how Aleister Crowley might have been involved somehow, and how the events of 1915 might relate to the Zodiac killer of the late 1960s. Towards the end, we have some fun and speculate about who the next Zodiac killer will be, should Walter’s theory about a fifty year cycle between killing sprees turns out to be true in a few years.

This episode was recorded on Saturday, 9 June 2012. There were some connection problems with Walter’s mic, so I’ve done my best to equalize his audio and make the show listenable from a technical point of view.