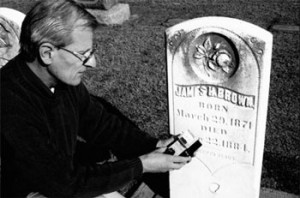 This episode features a sequence of excerpts from an interview I conducted with skeptic Vaughn Rees of the Center for Inquiry — West in 2001 at the MUFON Symposium in Irvine, California, for the documentary Stanton T. Friedman is Real. While I wanted to talk to Vaughn about Stan in particular, we also touched upon a wide range of subjects, including Steven Greer and his Disclosure Movement, the Billy Meier hoax (Rees had a long-running battle with the Meier-ites and Michael Horn in the early 2000s), the nature of skepticism and science, the problems with UFO research, and why people still believe in the paranormal.