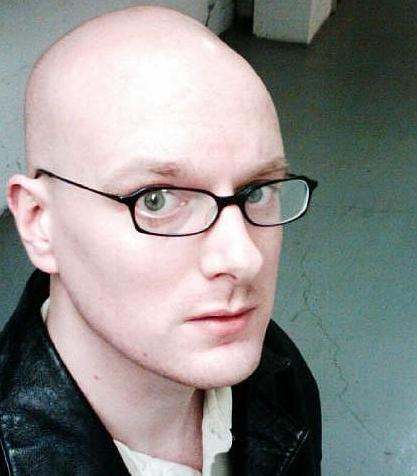 Mac Tonnies (1975 – 2009) was an American author, futurist, and journalist whose work focused on transhumanism, science fiction, space exploration, the paranormal, and the human condition. He grew up in Independence, Missouri, after which he graduated from Ottawa University with a Bachelor’s of Arts in English Literature, and lived in Kansas City, Missouri, where he supported himself by working at various “nine-to-five” jobs while he pursued a career as a writer. Tonnies’ first book, Illumined Black, was a collection of short stories published in 1995. After The Martian Apocalypse, a speculative look at the possibility of life on Mars, was published by Simon & Schuster in 2004. His third book, The Cryptoterrestrials, was published posthumously in 2010. Tonnies was a frequent guest on various paranormal radio shows and podcasts, including Binnall of America, Radio Misterioso, The X-Zone, Strange Days Indeed, and Coast to Coast.  He was featured in the 2007 television documentary Best Evidence: Top 10 UFO Sightings, as well as an episode of the Canadian television series Supernatural Investigator in 2008. In 2007 he co-wrote the science fiction play Doing Time with Canadian filmmaker Paul Kimball. His popular blog, The Posthuman Blues, was described by The Pitch in 2004 as “one of Kansas City’s best blogs, filled with well-written, intelligent takes on offbeat news items and humorous rants from a left-leaning political perspective.”

Mac Tonnies passed away in 2009 of cardiac arrhythmia at the age of 34. His personal website remains active; The Posthuman Blues can still be found in its entirety here.