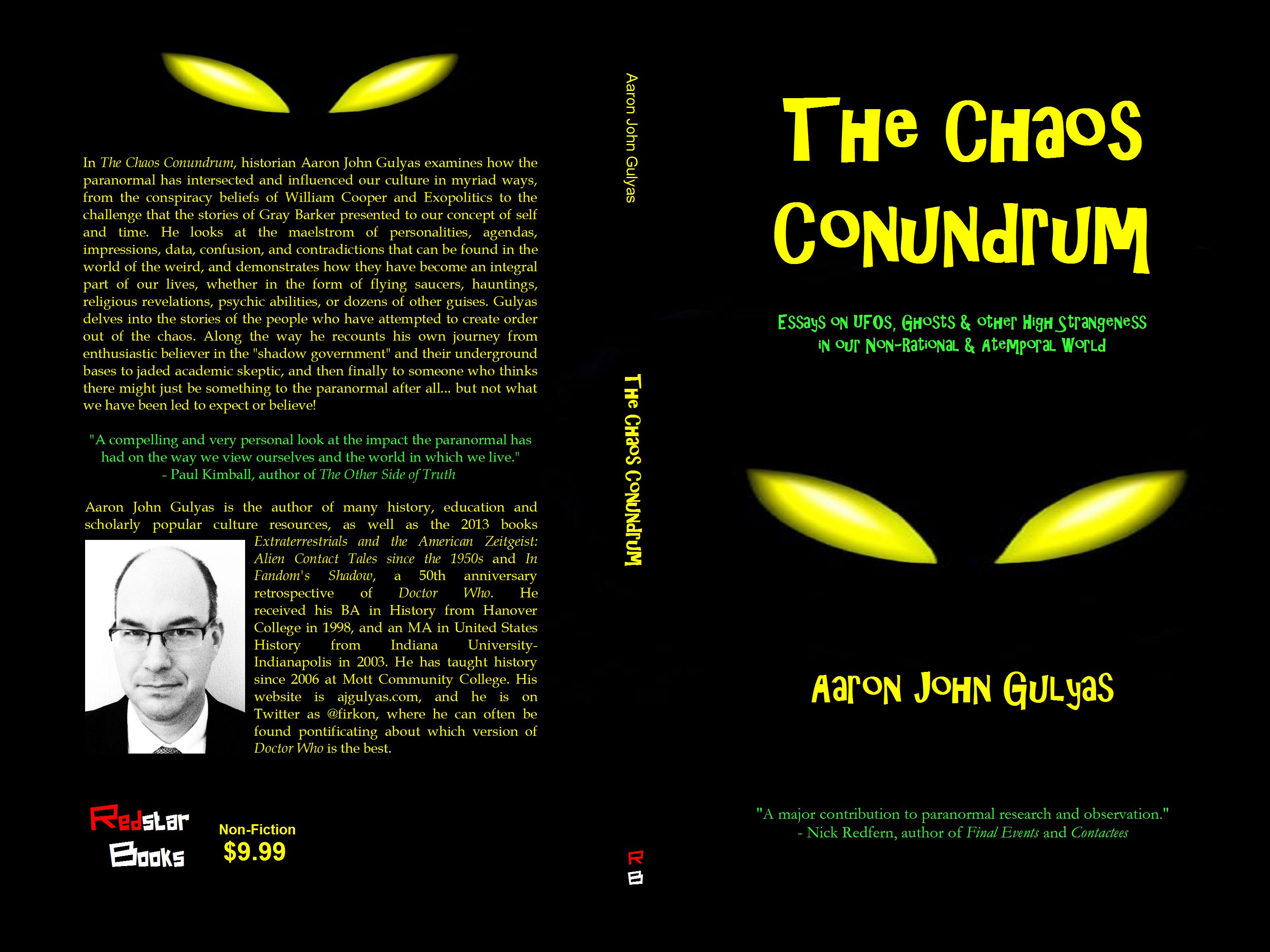 In The Chaos Conundrum, historian Aaron John Gulyas examines how the paranormal has intersected and influenced our culture in myriad ways, from the conspiracy beliefs of William Cooper and Exopolitics to the challenge that the stories of Gray Barker presented to our concept of self and time. He looks at the maelstrom of personalities, agendas, impressions, data, confusion, and contradictions that can be found in the world of the weird, and demonstrates how they have become an integral part of our lives, whether in the form of flying saucers, hauntings, religious revelations, psychic abilities, or dozens of other guises. Gulyas delves into the stories of the people who have attempted to create order out of the chaos. Along the way he recounts his own journey from enthusiastic believer in the “shadow government” and their underground bases to jaded academic skeptic, and then finally to someone who thinks there might just be something to the paranormal after all… but not what we have been led to expect or believe!

“AJG is also part of the new influential ufological breed, consisting of Paul Kimball, Nick Redfern, Greg Bishop, and the departed but not forgotten Mac Tonnies… The 145 page book is a gem, flush with informative footnotes and insights that are personal but reek of substantive knowledge about UFOs, ghosts, and the paranormal generally. I found much material that I never knew before – and I’ve been around the UFO block – and many suggestions that led me to new discoveries… full of information that a charge card ad would say is priceless.”
– Rich Reynolds, UFO Iconoclasts

“Aaron Gulyas’ new book, The Chaos Conundrum, is a thoughtful, and thought-provoking, compilation of papers on a wide variety of paranormal phenomena… the work of a man who has made a major contribution to the domain of paranormal research, writing and observation.”
– Nick Redfern, Mysterious Universe

“An easy, enjoyable read, and so very different from the majority of what is out there dealing with the paranormal and connected subjects. Sometimes subtle, but always relevant. Highly recommended.”
– Seriah Azkath, host of the Where Did The Road Go radio program, WVBR in Ithaca, NY.