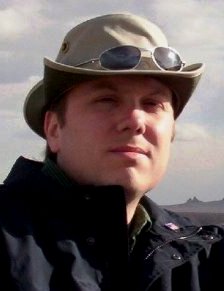 Paul Kimball
Note: This photo is free for Public Use – Public Domain

After winning multiple scholarships and awards – including the University Medal in History at both Acadia University and the University of Dundee, and the CLB Award at Dalhousie Law School – filmmaker Paul Kimball graduated from Acadia in 1989 with an Honours Degree in History and Political Science, and in 1992 from Dalhousie with a law degree. Paul began his media career in college, as the arts & entertainment editor of The Athenaeum at Acadia, and the host of a number of radio shows on CKIC 790 AM. After graduating from law school, he spent seven years as a musician and producer, founding both Tall Poppies and Julia’s Rain, seminal bands of the alternative music movement in Halifax during the 1990s, and producing or managing a number of others.

As a film & television producer / writer / director since 1999, Paul has created over a dozen documentaries on a wide range of subjects. These include paranormal-themed films such as Stanton T. Friedman is Real, Aztec: 1948, Do You Believe in Majic, Best Evidence: Top 10 UFO Sightings, and Fields of Fear. In 2008-09, Paul wrote, directed, produced and hosted the television series Ghost Cases in Canada (it now airs in several other countries). He also wrote, produced and directed two seasons of the television series The Classical Now, the acclaimed classical music documentary Denise Djokic: Seven Days Seven Nights, and the performance film Synchronicity, all for Bravo. Paul just finished his first feature film, the supernatural thriller Damnation, and is currently in pre-production on his scond, the science fiction thriller Roundabout, which is scheduled to shoot in November, 2013. His first book, The Other Side of Truth: The Paranormal, The Art of the Imagination, and The Human Condition, was published in October, 2012.